This drill helps players learn to dribble with speed. It also teaches the players to keep their heads up so they know who has more balls.

Set-up four cones in a square with the sides being about 15 yards long. Set eight balls directly in the middle of the square. Make four lines of players, one line at each cone.

This drill makes players plan their next move so that they can take balls from those with three balls already at their cone. 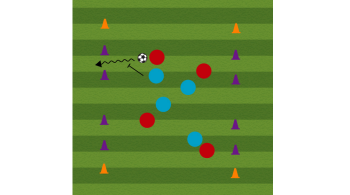 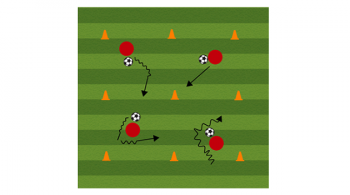 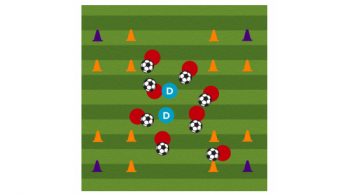 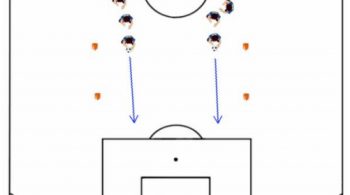 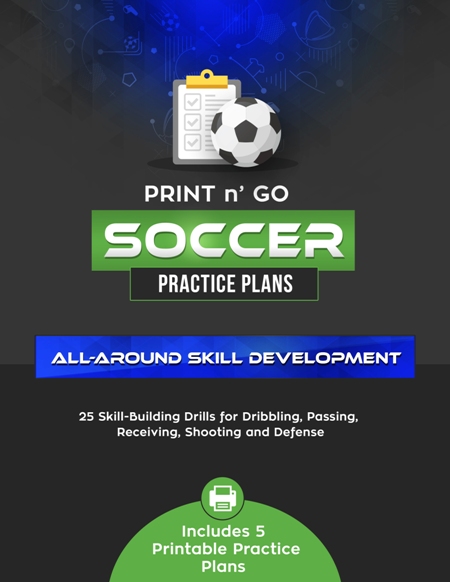 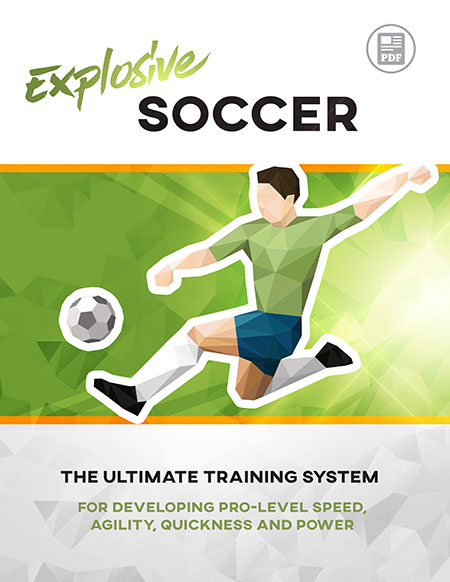